How to Buy a Suitable Bending Machine?

Once an improper selection is made when purchasing a bending machine, the production cost will rise, and the bending machine cannot be expected to recover the cost. Therefore, choosing a good bending machine is very pleasing. When choosing, there are the following 6 factors to consider. 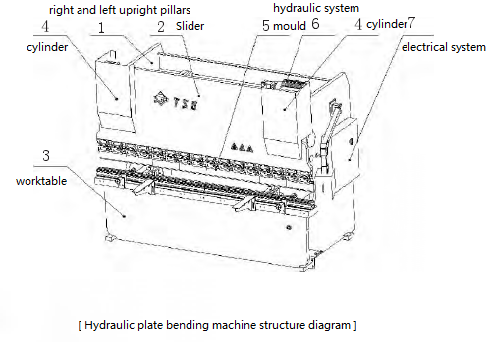 The first important thing to consider is the parts you want to produce. The point is to buy a machine that can complete the processing task with the shortest workbench and the smallest tonnage.

Carefully consider the material grade and the maximum processing thickness and length. If most of the work is low carbon steel with a thickness of 16 gauge and a maximum length of 10 feet (3.048 meters), then the free bending force does not need to be greater than 50 tons. However, if you are engaged in a large number of bottomed die forming, perhaps a 160-ton machine tool should be considered.

Assuming that the thickest material is 1/4 inch, a 10-foot free bending requires 200 tons, and a bottomed die bending (corrected bending) requires at least 600 tons. If most parts are 5 feet or shorter, the tonnage is almost halved, which greatly reduces the cost of purchase. The length of the part is very important for determining the specifications of the new machine.

Under the same load, the deflection of the worktable and sliding block of the 10-foot machine is 4 times that of the 5-foot machine. This means that shorter machines require fewer shim adjustments to produce qualified parts. Reduced shim adjustment and shortened preparation time.

Material grade is also a key factor. Compared with low-carbon steel, the load required by stainless steel is usually increased by about 50%, while most grades of soft aluminum are reduced by about 50%. You can get the machine's tonnage table at any time from the bending machine manufacturer. The table shows the estimated tonnage required per foot of length under different thicknesses and different materials. 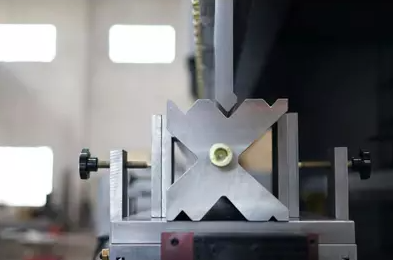 As far as free bending is concerned, punch and die are processed at 85° or less (smaller is better). When using this set of molds, pay attention to the gap between the male mold and the female mold at the bottom of the stroke, and the excessive bending that is sufficient to compensate for the springback and keep the material at about 90°.

Generally, the springback angle of the free bending die on the new bending machine is ≤2°, and the bending radius is equal to 0.156 times the opening distance of the die. For the bending of bottomed concave molds, the mold angle is generally 86 ~ 90°. At the bottom of the stroke, there should be a gap slightly larger than the thickness of the material between the male and female molds. The forming angle is improved because the bottomed die has a larger bending tonnage (about 4 times that of free bending), which reduces the stress that usually causes springback in the bending radius.

The imprint bending is the same as the bending of the bottomed die, except that the front end of the punch is processed to the required bending radius, and the gap between the punch and the die at the bottom of the stroke is smaller than the material thickness. Since enough pressure (approximately 10 times of free bending) is applied to force the front end of the punch to contact the material, springback is basically avoided.

In order to choose the lowest tonnage specification, it is best to plan for a bending radius larger than the thickness of the material, and use the free bending method as much as possible. When the bending radius is large, it often does not affect the quality of the finished part and its future use. 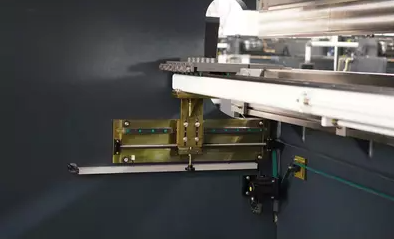 Even if there are shelves full of molds, don't assume that these molds are suitable for the newly purchased machine. The wear of each mold must be checked by measuring the length from the front end of the punch to the shoulder and the length between the shoulder of the female mold.

For conventional molds, the deviation per foot should be about ±0.001 inches, and the total length deviation should not be greater than ±0.005 inches. As for the precision grinding mold, the accuracy per foot should be ±0.0004 inches, and the total accuracy should not be greater than ±0.002 inches. It is best to use fine grinding molds for CNC bending machines, and conventional molds for manual bending machines.

6. The side length of the bent part

Assuming that it is bent 90° along a 5×10-foot 10-gauge low-carbon steel plate, the bending machine must apply an additional 7.5 tons of pressure to lift the steel plate, and the operator must be prepared for the 280-pound straight edge drop . Several strong workers or even a crane may be required to manufacture this part. Operators of bending machines often need to bend long-side parts without realizing how strenuous their work is.